Do you have a collection of game code wheels?
They are definitely cool ART and would look amazing in a gameroom.

Well Matthew Sant sent me photos of how he display his code wheels.
I really love this idea and want to share with other people: 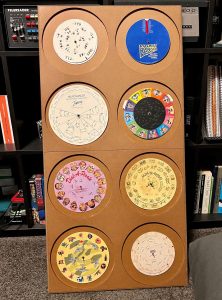 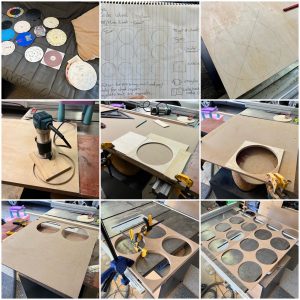 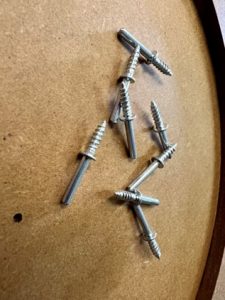 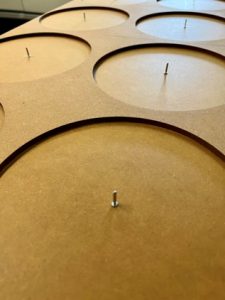 After years of searching my friend Craig E has found Volume 9 of the Original Parameter Cross Reference. I had always thought Volume 8 was the last one released by Edward Mallang III. This is 155 pages of data on how to copy programs.

Can be downloaded here: https://commodore.bombjack.org/commodore/program-protection/pdf/The_Original_Parameter_Cross-Reference_Volume_09.pdf 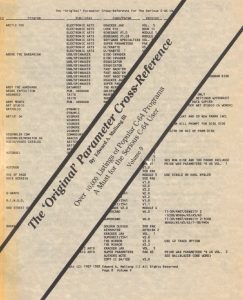 I just made a video of SONIC the running on a stock Commodore 64.
I am using the Super 1750 clone cartridge for the extra RAM, but no accelerator was used.
Filmed from a Commodore CRT also.

I found this signed GameMaker manual in a recent purchase. 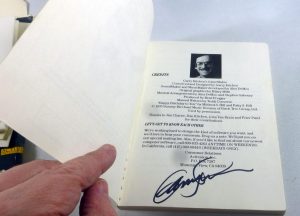 It sure looked like it said Garry to me.
So I found his contact info, which wasn’t very hard with a Goggle Search. To my surprise I heard back in less than one day.

He told me that it is definitely something he signed. Although not 30 years ago, as I had imagined.

Quote: I often appear at retro gaming shows and participate in panel discussions, etc. The talks are often followed by a “meet & greet/autograph session.” People sometimes bring items from their collection for me to sign. I’ve seen my share of GameMaker manuals.

I also asked him about GameMaker and if he had any secrets about it:

He said: “GameMaker, it took a year+ to make. It’s definitely the product in my portfolio that I’m most proud of. I wish that I had continued to work on it/update it. It’s a shame that it stopped after the original version, it could have gone a lot further.

By the way, Pitfall took 2 weeks to write in GameMaker. And the commercially-released C-64 arcade port Crossbow was written entirely in GameMaker!”

He finished by saying: If I ever get back to working on GameMaker I’ll let you know.

WOW, just how cool is that.. Thank you Garry!

The BEST part is that it is FREE, you do NOT have to buy this from Ebay, just download the ZIP file from the above link. THEN upload the .CRT file to your EasyFlash3 cartridge.

I love the Fast FORMAT utility on this and use it often. Also the Speed Check is nice.

Here is an NZB (NZB is an XML-based file format for retrieving posts from Usenet servers) file to download all of the Zapp! 64 magazines in PDF from Usenet.
I personally use Newsbin as my downloading program and Giganews server.
DOWNLOAD zzap64