The ECHO was developed by Jim Drew.
The Echo and it’s software was released before the Shadow (Megasoft)
The Echo software also because the Supercard version

From Jim Drew, “ECHO was sold for about 6 months or so (through my company called “UnderWare”) before it was renamed as Supercard and sold through Utilities Unlimited, a spin-off company that Reggie created due to the Shadow disaster which destroyed Megasoft. UnderWare had ads in Compute!, RUN, and several other magazines. I sold ECHO, X-RAY (a density display), and a few other products. ” 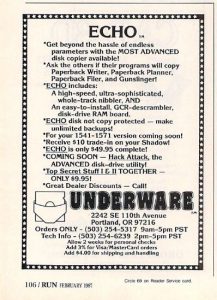 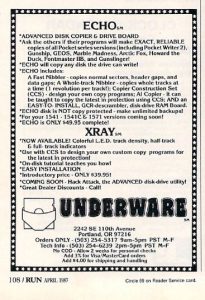