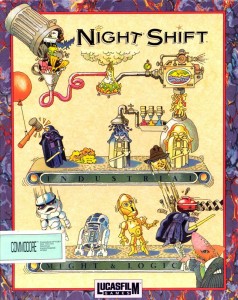 Night Shift is a computer game developed and published in 1990 by Lucasfilm Games, now known as LucasArts. It is a unique action game where the hero is a worker in a factory owned by Industrial Might and Logic (a parody of Industrial Light and Magic). Your character ensures that the factory is working properly as it cranks out Star Wars action figures, including those of stormtroopers and Darth Vader. The object of the game is to always ensure the factory is working properly, and to move in an increasingly better home. (Wikipedia)

This game was release at the end of the game cycle on the Commodore 64 and used a code wheel for it’s copy protection. There is not one online yet.
But thanks to: Craig A. Ernster, we now have one. 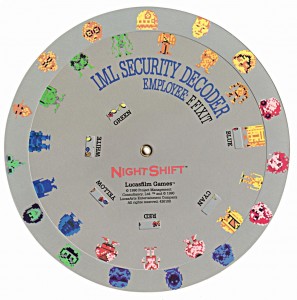 Here are the two parts in a PDF, just Print out and Cut out: Night_Shift_Code_Wheel

RIGHT-CLICK and Save the PDF 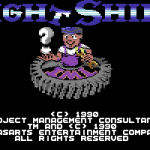 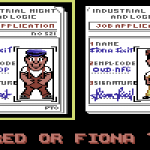 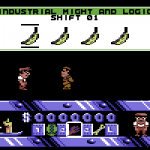 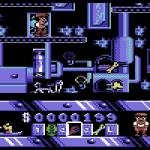